Cirrus Data was founded in 2011 by brothers Wai Lam and Wayne Lam, storage experts with decades of innovation and success in the data back-up and recovery and data security businesses. The company employs an elite team of software developers who along with the management team are experienced executives that drive its vision. Together, the team holds 30 patents, eleven of them centered on Cirrus Data’s groundbreaking Transparent Datapath Intercept (TDI) technology. 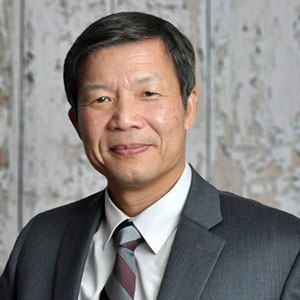 Wayne has over 25 years of experience in the enterprise storage industry, and has demonstrated an exceptional ability to bring new technologies to market. Wayne was a co-founder of FalconStor Software and was largely responsible for most of its successful storage products. Prior to that, Wayne was a senior executive at CA Technologies, and Cheyenne Software, prior to its acquisition by CA. Earlier in his career Wayne was the founder and CEO of Applied Programing Technologies, which was acquired by Cheyenne Software. As a college student at The Cooper Union, Wayne co-founded AGA Software, which was born of a class project in his Junior year. With experience in every aspect of the product life-cycle, Wayne has a proven track record of conceiving product ideas by engaging enterprise customers to determine their needs, and then quickly creating start-up companies to bring the ideas to market. With his vast technical expertise and keen business acumen, Wayne is able to communicate effectively to enterprise customers and partners how the products and technologies benefit real life enterprise storage applications. Wayne received a BE in Electrical Engineering from The Cooper Union in 1987. 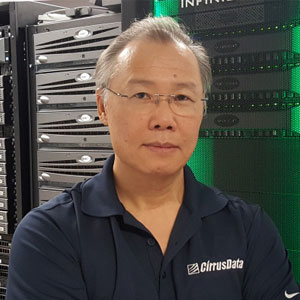 Before joining Cirrus Data Solutions, Wai founded a medical cloud company in Nanjing and received the prestigious China national “Top 1000 Technological Leaders” award in 2013. Wai also co-founded FalconStor Software in 2000, where he served as CTO and VP of Engineering. Wai was the chief architect, holding 18 of the 21 FalconStor patents. His inventions and innovations include many of industry’s “firsts,” in areas of advanced storage virtualization, data protection, and disaster recovery. Prior to FalconStor Wai was with Computer Associates. As VP and Architect, he led the eTrust Internet security product strategy and design. Wai joined CA in 1996 with its acquisition of Cheyenne Software, where he was Architect of the HSM product line. Wai joined Cheyenne in 1993 with its acquisition of Applied Programming Technologies, where he was partner and developer of network-based object storage systems in optical disk libraries. Before APT, Wai worked at Space & Communications Group of Hughes Aircraft, now Boeing Satellites, as Senior Staff Engineer, where he was a microwave circuit designer for space communication systems. Wai received a MSEE from UCLA, 1984, and BSEE from SUNY Stony Brook, 1982. He was honored with the Distinguished Alumni Award from Stony Brook in 2008.

Ron brings to Cirrus Data more than 30 years of experience in data center technologies and has executive level experience in finance, sales, business development, strategic partnerships and operational roles. He was previously President and CEO of Quality Uptime Services (formerly DSA Mission Critical Services) of Brookfield, CT, a data center services company providing emergency response and preventative maintenance for mission critical data center infrastructure, arriving there from his position as COO with Validus DC Systems, a company offering end-to-end DC power solution for data centers where he helped raised $17MM in private equity. During the previous five years he served as President and COO of data center power and cooling equipment re-manufacturer DSA Encore and Data Support Associates. Prior to joining the DSA group of companies, Ron was the Executive Vice President, COO and Treasurer of PointSpeed, a B2B eCommerce marketplace provider. He was formerly CFO of NovaSoft Systems a global enterprise software company, and Senior Vice President, Sales and Marketing of LGIC. Ron is a Certified Public Accountant, and he began his career with Ernst & Young and then PriceWaterhouseCoopers, spending 11 years serving financial and technology clients.

Stanley has over 15 years of technical experience in the network storage industry. He is currently leading the joint venture operation in China for Cirrus Data Solutions. Stanley is responsible for providing technical services and for growing business in the regions of greater China and APAC. Prior to joining Cirrus Data Solutions, Stanley was the VP of Professional Services in FalconStor Software for over 10 years, after serving various management positions across Quality Assurance, Global Technical Support, and Technical Training, where his extensive knowledge and expansive expertise provided superb leadership in those divisions. Stanley received a BS in Computer Science from Dowling College.

Technology powered by experience, loved by partners and customers.