Discover how our products have
helped those in the energy industry 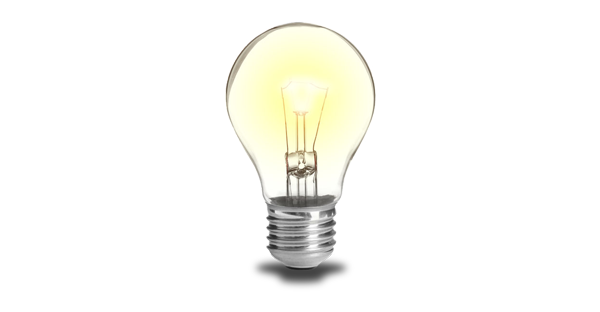 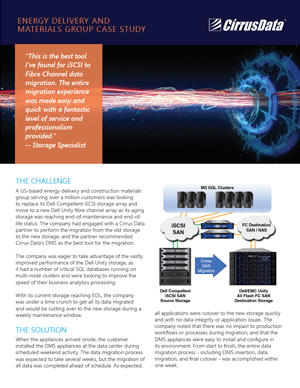 A US-based energy delivery and construction materials group serving over a million customers was looking to replace its Dell Compellent iSCSI storage array and move to a new Dell Unity fibre channel array as its aging storage was reaching end-of-maintenance and end-of-life status. The company had engaged with a Cirrus Data partner to perform the migration from the old storage to the new storage, and the partner recommended Cirrus Data’s DMS as the best tool for the migration.

The company was eager to take advantage of the vastly improved performance of the Dell Unity storage, as it had a number of critical SQL databases running on multi-node clusters and were looking to improve the speed of their business analytics processing.

With its current storage reaching EOL, the company was under a time crunch to get all its data migrated and would be cutting over to the new storage during a weekly maintenance window.

From start to finish, the entire data migration process – including DMS insertion, data migration, and final cutover – was accomplished within one week.

When the appliances arrived onsite, the customer installed the DMS appliances at the data center during scheduled weekend activity. The data migration process was expected to take several weeks, but the migration of all data was completed ahead of schedule. As expected, all applications were cutover to the new storage quickly and with no data integrity or application issues. The company noted that there was no impact to production workflows or processes during migration, and that the DMS appliances were easy to install and configure in its environment. From start to finish, the entire data migration process – including DMS insertion, data migration, and final cutover – was accomplished within one week.

Read More Case Studies
Contact Us for a Demo!
Go to Top